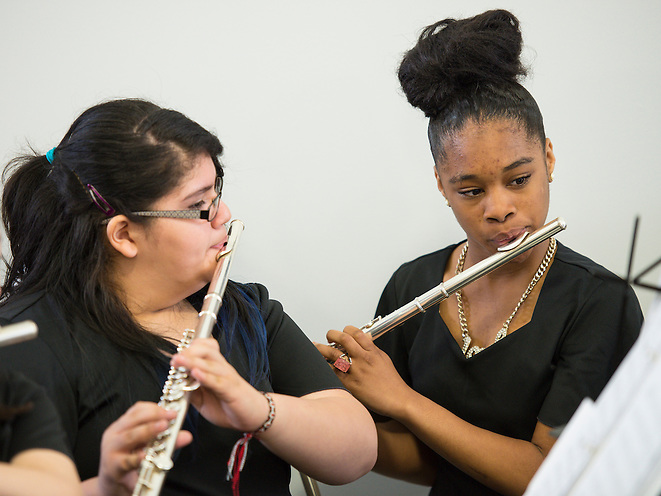 HISD has six magnet campuses with a fine arts focus serving grades 6–8, and Marshall Middle School is one of them.

The school’s newspaper is so highly regarded that the Paw Print was named the finest junior-high-school newspaper in the country four times in a row during the early 2000s, and even earned what is known as “the Pulitzer Prize of student newspapers” in 2006, when it received the National Pacemaker award from the National Scholastic Press Association.

“Our theme this year is ‘Lights…Camera…Action for Student Success!’” noted Principal Michael Harrison. “And we are working hard to bring about the best academic, artistic, and athletic student performance this school year.”

HISD will be holding its annual School Choice Fair on Saturday, April 25, for parents and students who have not yet decided on a school for the coming academic year. Marshall is one of several schools that still has space available in its magnet program. For more information about Marshall or other magnet campuses, please visit the School Choice website.