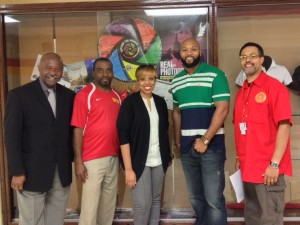 Yates HS communications instructors don’t just teach…they are recognized by their peers for great work in their craft through the Communicator Awards, which are given out by the Academy of Interactive and Visual Arts.

Even the magnet coordinator, Ted Irving, won a Gold Communicator Award of Distinction for his work on the Houston Press’ How Houston Cooks: Boheme. Instructors at the Yates School of Communications defy the old theory that “Those who can, do. Those who can’t, teach.”