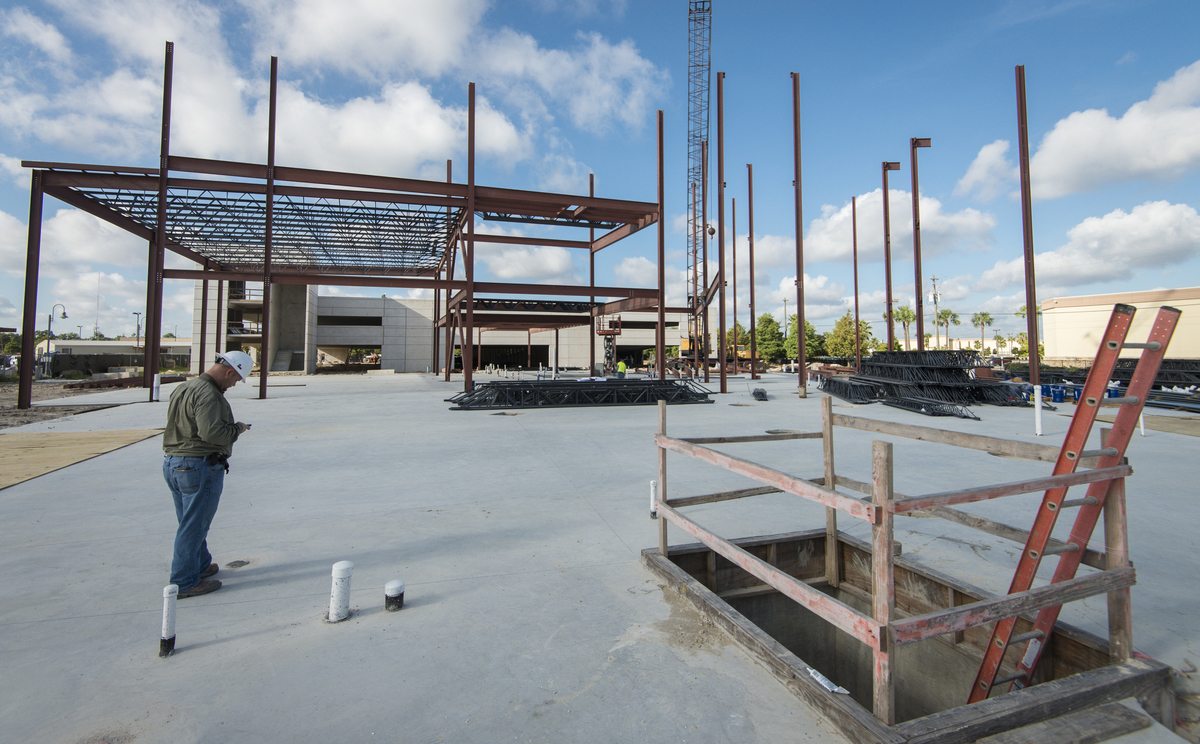 “The moment you get out of the ground with a project is exciting,” said Project Manager Calvin Smith. “Despite unprecedented amounts of rain in the last few months, we’re vetting options to recoup the schedule, and fully expect the building to be completed as planned.”

As part of the district’s current bond program, the school, which is currently made up of a cluster of T-buildings, will receive a new $13.5 million 57,000-square-foot facility, which will accommodate 400 students.

“I’m very proud of all we’ve accomplished at North Houston Early College,” said Angela Lundy-Jackson, award-winning principal of the school. “We’re excited about the new building. I think the collegiate feel of the design will have a big impact on our students. They are doing college-level work, so now their environment will match.”

NHECHS is one of five early college campuses in HISD that offers students the chance to earn college credit while still in high school. Its proximity to the Houston Community College (HCC) Northline Campus and the METRO rail line provides a real advantage to students interested in getting a head start on college coursework. Many students who graduate from the school will earn their Associates Degree the same month they receive a high school diploma.

The first floor of the new three-story facility will house a community room, a dinning commons, and a flexible multipurpose space which can also be used as a gymnasium or an auditorium. The building will also feature modern science labs, flexible learning spaces and a college resource center to provide students with college scholarship and registration information as well as access to counselors.

An outdoor walkway from the school to HCC buildings provides ease of access to NHECHS students who are also taking HCC courses. The close connection of the two institutions will also enable HCC to use the classrooms after school hours to maximize the usage of the space.

The project will be one of the first new schools to be completed under the district’s $1.89 billion bond program, which will rebuild or renovate 40 schools.