Despite record rainfall over the past several months and a challenging construction market, the bond project team is making significant headway in the planning, design, and construction of new schools. 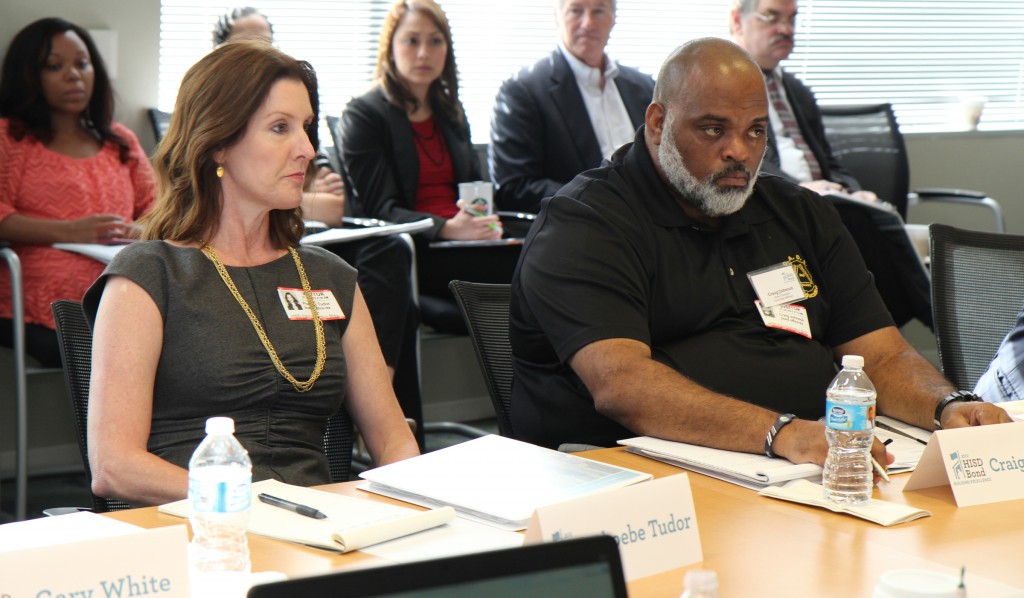 “We have a lot of work on our plate right now, more than at any other time in the history of HISD,” said Sundaresh Kamath, HISD construction officer. “The kind of progress we’re making in this hard bidding climate is a reflection of some great work by staff.”

The second quarter of 2015 saw several Group 1 projects, including Sterling High School and Delmar Fieldhouse, go vertical. Group 2 schools are continuing to move forward, with several expected to move into the construction documents phase – the last step before construction work begins – during the next quarter.

Also in the spring, design charrettes were held for all schools in Groups 3 and 4, and many have held or scheduled their first community meeting.

However, even with steady progress, the district is facing ongoing budget challenges as the construction cost per square foot continues to rise well beyond what was anticipated. As projects undergo scope-to-budget reviews, district staff remain committed to providing taxpayers with the best value for each project and delivering 21st century schools as promised.

“We are identifying strategic ways we can bring savings to the project and make cost-effective adjustments without compromising on quality or impacting core programs,” said Dan Bankhead, HISD’s general manager of facilities design. “We’re looking at things above the ceilings and behind the walls, looking at the materials we use. For example, concrete is now in such high demand, in some cases we’re finding that brick is actually a more cost-effective option.

BOC members asked questions about the impact of budget challenges on timing. They also discussed the equity among the projects and inquired if the Group 3 and 4 schools might be negatively impacted more than the earlier projects.

“Groups 3 and 4 have the exact same planning process along with cost-to-budget analysis,” said Sue Robertson, general manager of facilities planning.

“There’s a lot of good news to report,” said Leo Bobadilla, HISD’s chief operating officer. “As I get out there and visit sites every week, I’m excited to see the progress.”