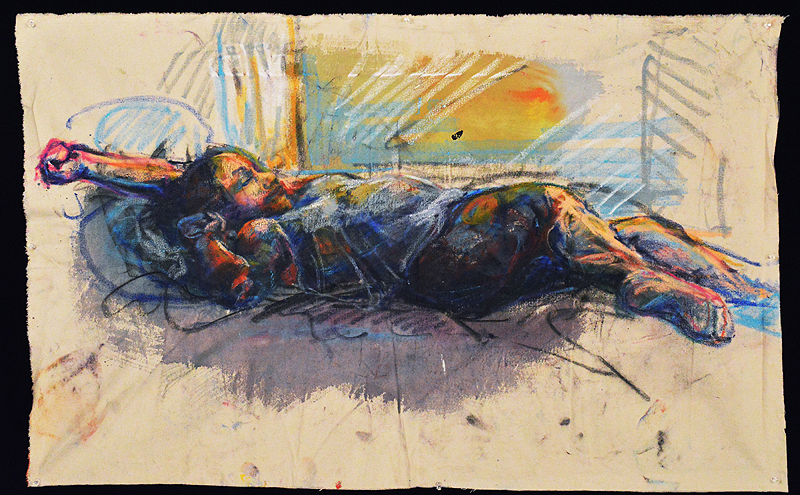 Anna White, from the High School for the Performing and Visual Arts, was named an “American Visions” finalist in this year’s Scholastic Art & Writing Contest for her painting, entitled “Afternoon Nap.”

The Harris County Department of Education recently announced the regional winners of the Scholastic Art & Writing contests, and one of the top 10 finalists in each category attends an HISD school.

Anna White (High School for the Performing and Visual Arts) was named an American Visions finalist for her painting entitled “Afternoon Nap,” while Jaelynn Walls (Carnegie Vanguard High School) was named an American Voices finalist for her personal essay/memoir entitled “Prime.” American Visions and American Voices nominees are considered regional “best of show” winners in art and writing (respectively). Each will receive a $250 scholarship from sponsor Texas Art Supply, and one finalist in each category will earn the national medal in March.

More than 150 students from 11 different HISD schools earned recognition at the regional level of the Scholastic Art & Writing competition this year, which qualifies them to advance to the national level of judging in New York City.

Thirty-five students won the Gold Key award, while 52 took home Silver Key awards, and the remainder earned Honorable Mention. The winning entries were selected from more than 8,100 submissions at the regional level. Visit the HCDE website to see a complete list of winners.

Other HISD students on the list are from: Bellaire, Carnegie Vanguard, DeBakey, East Early College, and Westside high schools; Johnston, Pershing, Pin Oak, and Stevenson middle schools; T.H. Rogers, and the High School for the Performing and Visual Arts.