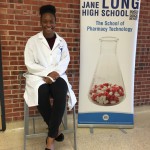 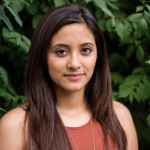 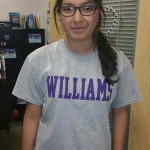 Five Houston Independent School District students are among more than 1,000 high school seniors from across the country to be selected this week to the final class of the Gates Millennium Scholars program.

The students — Nofisat Babajide and Esther Brown from Bellaire High School, Janeth Rodriguez from Carnegie Vanguard High School, Leslie Benavides from Eastwood Academy, and Sheighlah McManus from Jane Long Academy— will be awarded a scholarship that can be used to pursue a degree at accredited colleges or universities of their choosing.

The Gates Millennium Scholars program was established in 1999 to promote academic excellence and to provide an opportunity for outstanding minority students with significant financial need to reach their highest potential. The program also provides recipients with leadership development opportunities, mentoring, academic and social support as well as financial support.

“HISD is proud to see the Gates Millennium Scholars program recognize some of our most high-achieving and deserving students who have exceled in the classroom despite personal challenges,” said HISD Interim Superintendent Kenneth Huewitt. “Their selection into this program will help them reach their potential and foster leadership skills that will positively impact their lives and the ones they touch.”

The class of 2016, who were selected from more than 53,000 applicants nationwide, will be the final cohort of the program funded by a $1.6 billion grant from the Bill & Melinda Gates Foundation to meet its goal of selecting 20,000 students from low-income backgrounds. This year’s cohort represents 45 states, the District of Columbia and five U.S. territories. Gates Millennium Scholars have been chosen for the Marshall Scholars, Rhodes Scholars, Fulbright Scholars, Gates Cambridge Scholars and White House Fellows programs.