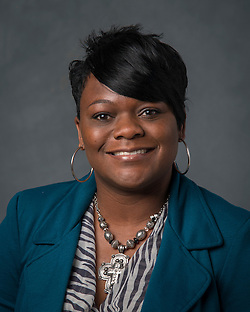 Connie Smith has been selected as the new principal of Thomas Middle School. She brings to the position more than 18 years of experience in secondary schools. She began her career as a high school biology teacher in the New Orleans Parish School System before moving to Houston and becoming a science teacher at Jackson Middle School. In 2010, Smith became assistant principal, and later she was the dean of instruction at Ortiz Middle School. In 2014, she was promoted to the principal of Kelso Elementary School, where she served the district for two years. Smith has a bachelor of science in biology from Dillard University and a masters in educational mid-management from Prairie View A&M University.