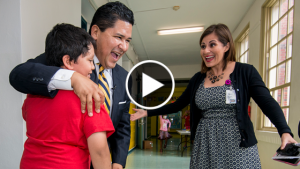 Houston Independent School District Superintendent Richard Carranza has shared a full report on the results of the Listen and Learn town hall meetings with the HISD Board of Education.

The HISD Board of Education hosted more than two dozen town hall meetings that began in September as a way to introduce Carranza to the community, solicit input from stakeholders about the district’s future, and learn about key issues across HISD.

In all, nearly 3,000 people attended, including business and church leaders, and elected officials. The district also held two virtual town hall meetings— one in English and one in Spanish – to allow the community to submit questions by sending an email, posting a tweet, asking a question on Facebook or calling in during the live televised event.  The virtual Listen and Learn received more than 150 questions.

Through feedback at the meetings, parents talked about the need for equity, and students asked for improved spaces for learning and supporting technology. The community recognized the strength of HISD’s academic programs, the dedication of teachers, and the strong partnerships the district maintains. Attendees also talked about areas for improvement, such as leadership and principal turnover, teacher quality, inadequate facilities, special education and funding available for programs such as fine arts.

Carranza said he intends to continue these community conversations when possible to follow up on topics that have been brought to his attention, as well as focus on the direction the district needs to take in the coming years.

“I look forward to working with the Board of Education, with Team HISD, and the community at large to determine our next steps as we build upon our strengths and turn our challenges into opportunity, creating a world-class school district in a world-class city,” Carranza said.