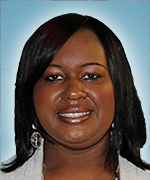 Guinn serves as principal of Lawson Middle School but is currently transitioning into her new role. She also served as principal of High School Ahead Academy and in numerous campus leadership positions within the district. Guinn earned her bachelor’s degree in business administration with a minor in computer information systems from Prairie View A&M and her master’s degree of educational management from University of Houston-Clear Lake.

“Words cannot explain how truly excited I am about the opportunity to help Houston ISD develop this in-house Secondary DAEP School,” said Principal Tynette Guinn. “I am looking forward to creating an environment that will support some of our most at-risk students in changing their behaviors through the district’s social and emotional learning platform.”

Bringing the program in-house would allow the district to align academic and behavioral interventions among campuses, improve transitional support for students between their enrolled school and the secondary DAEP, and improve efficiency by deploying DAEP staff members to secondary schools when the DAEP is not at capacity.

“Principal Guinn is a passionate, student-centered educator and truly the best person to help us lead our new Secondary DAEP School,” said HISD Superintendent Richard Carranza. “We are excited to have her transition into this new role and look forward to her leadership.”

HISD is in the process of selecting a new principal for Lawson Middle School.