Two HISD instructional coaches received a big surprise in their classrooms on Friday as HISD administrators dropped by to announce that they were the inaugural winners of a new award this year: The Ann Sledge Instructional Coach Excellence Award.

The late Ann Sledge, a lifelong educator who dedicated more than 30 years to HISD, created a successful model of exemplary coaching. In honor of Sledge, one campus-level and one districtwide instructional coach were selected to be recognized for their outstanding contributions to building instructional capacity and positively impacting student achievement. 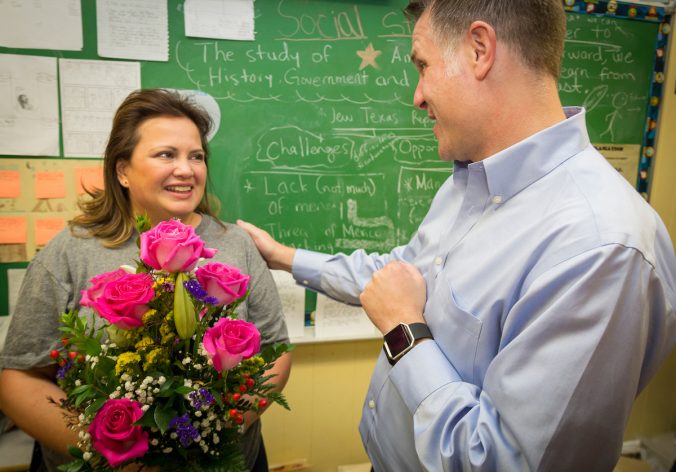 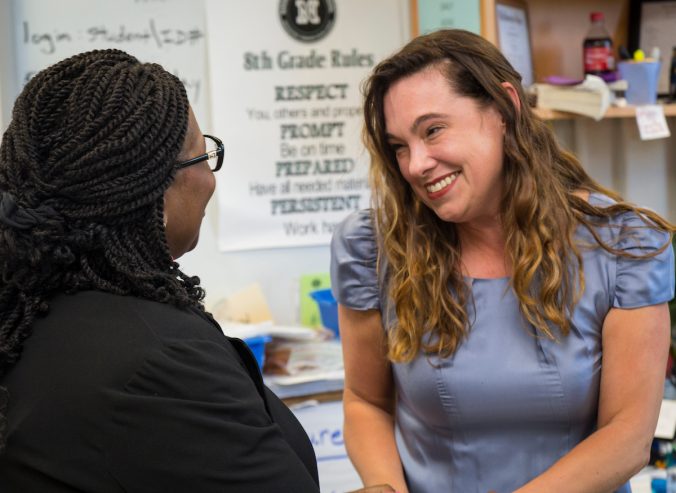 Claudia Hernandez, literacy instructional specialist at Crespo Elementary School, was the winner of the campus-level award. Kendra Yarbrough, Teacher Development Specialist in the HISD Secondary Curriculum and Development Department, was the winner at the district-wide level.

Officer of Elementary Curriculum and Development Lance Menster said the idea of the award was generated as a way to recognize Sledge’s impact on the district and the legacy she left behind in her role of coaching and instructional leadership.

“We recognize teachers and we recognize principals, but we have this middle layer of huge job-embedded support both at the campus and district level,” Menster said. “For the first time we wanted to call out and highlight the significance of instructional coaching and the role and impact it has on professional development and student achievement. And so it’s an honor to have the award this year and have it named after Ann’s contributions to the district.”

Hernandez said the award is a huge honor, given Sledge’s legacy in HISD.

“These kids and the team have been amazing and so motivational,” Hernandez said. “To be considered in a group with a person who put the same value on education as I do – it’s just amazing to be put in that category.”

Yarbrough said she was incredibly surprised and honored to be recognized for work that she considers her mission in life.

“The award means that the work that I do is being recognized, and I’m very passionate about what I do,” Yarbrough said. “I love the teachers and students I work with. I know my heart is in the work – everything is about the kids.”

The awards will be handed out, along with the elementary and secondary teachers of the year, during the district’s Educators of the Year banquet on Friday, May 19, at the Bayou City Event Center.