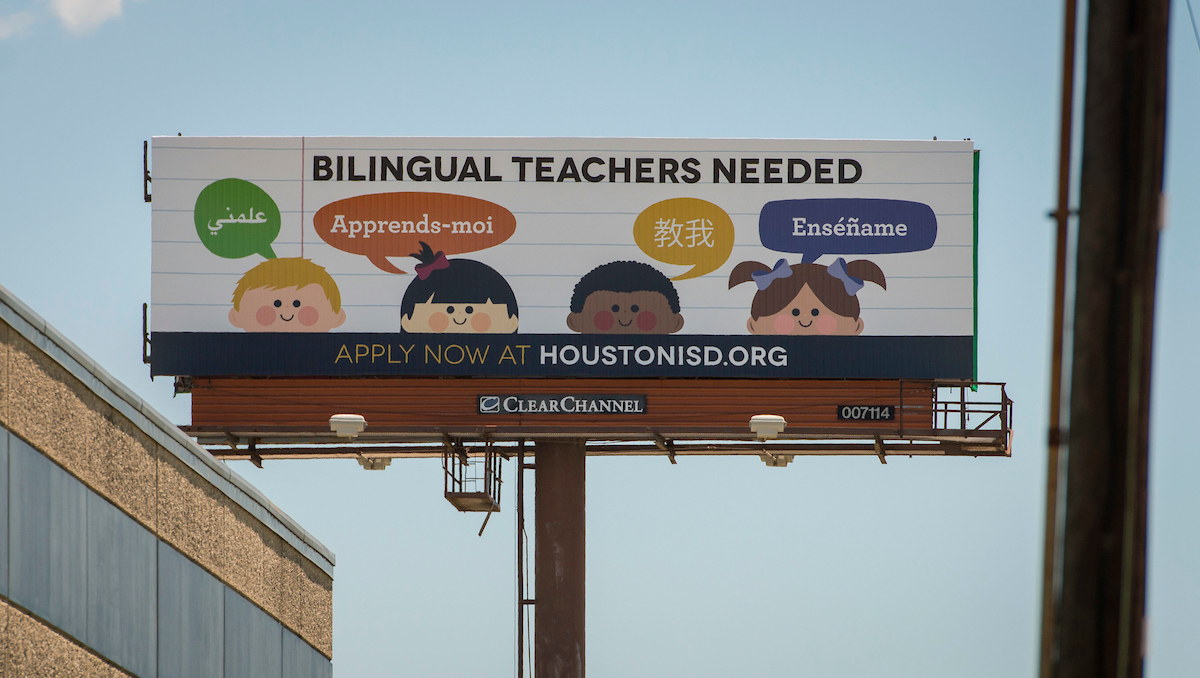 HISD’s teacher recruitment team is hitting the highways around the city to recruit dual-language as well as math and science teachers for the 2017-2018 school year. 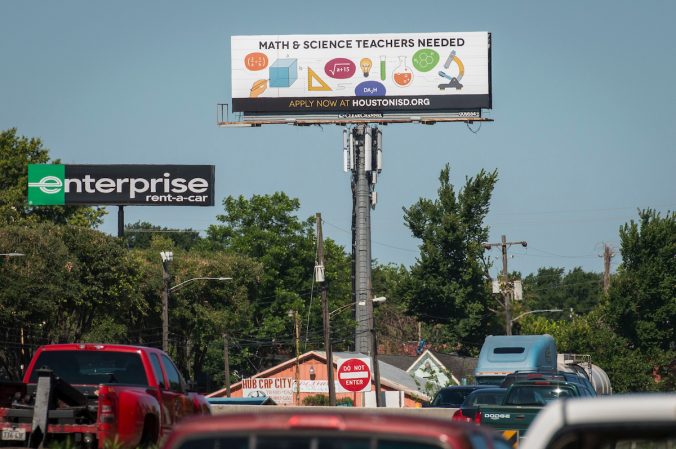 Four billboards have been posted around town on some of Houston’s most heavily traveled roadways, including 610 East at Kirkpatrick, I-45 at Tidwell, and 610 North at Shepherd. The billboards feature colorful images of students and other artwork to entice drivers to consider a career in teaching at HISD.

The billboards will remain up over the next few months as HISD’s recruitment department continues to add eligible teacher candidates to the district pool, allowing principals to continue to hire over the summer. The goal is to ensure all 283 HISD campuses are fully staffed in August for the start of the 2017-2018 school year.

If you are interested in applying and becoming part of the HISD teacher candidate pool, click here.