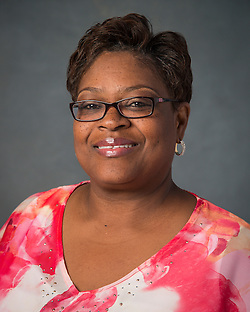 Angela Lundy-Jackson has been promoted to school support officer for the North Area Schools Office. Lundy-Jackson has been an educator for 26 years, serving in various roles, including teacher, education-program manager, high school principal, and lead principal. She was an inaugural member of the Teach for America cohort that began in HISD in 1991. Lundy-Jackson began her teaching career at Hamilton Middle School and later taught at Booker T. Washington High School. After much success in several administrative roles, she became principal of North Houston Early College High School in 2010 and has served there for the last seven years. Under her leadership, North Houston Early College was named a 2015 National Blue Ribbon School of Excellence. The same year, she was named HISD secondary principal of the year, Region IV principal of the year, and a finalist for state principal of the year. Lundy-Jackson was recognized by HEB for her outstanding Leadership in 2016. A native of Memphis, Tenn., she has a bachelor’s degree in communications and a master’s degree in public administration from Grambling State University.