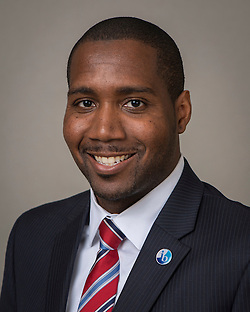 Brian Gaston has been appointed principal of North Houston Early College High School. Gaston graduated from North Forest ISD schools and started his educational career as a 2010 Teach for America corps member at Hogg Middle School and later Heights High School. After serving in several instructional leadership roles, Gaston became dean of students at Sam Houston Math, Science, and Technology Center and served as the school director training new teachers for the Teach For America Houston Institute. Most recently, he was assistant principal of the Business Academy at Heights High School. He was named 2011-2012 HISD Secondary Teacher of the Year, received the 2012 Kinder Award for Excellence in Teaching, and was named to the 2014 Fishman Prize for Superlative Classroom Practices Honor Roll. Gaston received his bachelor of business administration in management from University of Texas at Austin and his master of education in teacher leadership from University of St. Thomas.