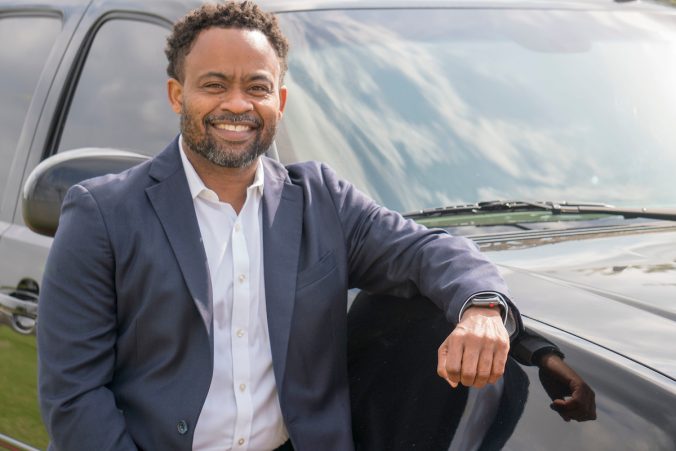 Every morning, Brenson York prepares for a day full of surprises. As an HISD police officer assigned to the superintendent’s security detail, he must be ready for anything.

“I’ve done and seen almost everything,” York said with a chuckle. “From driving the superintendent to local meetings around the city to making turn-around trips to Austin — even providing security at events, monthly board meetings, and, of course, hundreds of school visits.”

According to York, fighting Houston traffic, navigating backroads, finding detours, and waking up before sunrise for early morning meetings are just part of the gig. He also serves as the eyes and ears for HISD’s superintendent, often acting as a needed buffer for the school district chief at public events.

“It is my job to be prepared to help the district’s leader get the job done by getting them wherever they need to be on time,” he said.

The veteran law officer has worked in a host of settings ranging from jails to schools. He’s worked in inmate processing, patrol, and was even part of the military’s security detail supporting highly decorated generals.

“In the military, I learned order, discipline, patience, and, of course, perseverance,” York said. “As a police officer, I have been able to use those skills to move up the ranks and even mentor and connect with the community and build relationships.”

Currently, York is stationed at HISD’s Hattie Mae White Educational Support Center, where he serves as an added layer of security when not on assignment with the superintendent.

His first assignment was at Sterling High School. It was a long way from Kashmere High School, which he attended, but similar enough that he could use his upbringing as a platform to help others.

York has mentored young students, paid for prom dresses, helped students get to and from school, encouraged them to pursue a college degree, and even welcomed a student into his home.

“My life has not been perfect. There have been some ups and downs that I’ve had to learn from that helped me grow,” York said. “Those trials helped me relate to others who are dealing with struggles and challenges. I am able to listen and offer compassion, all of which make me a better police officer.

“You have to be flexible and respond to the needs of every person you interact with,” York said, “even if they are the superintendent of the largest school district in the state of Texas.”