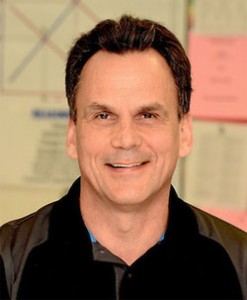 Michael Clark, a teacher at HISD’s Bellaire High School, was honored on May 3 with a Lifetime Achievement award at the secondary level through H-E-B’s 2015 Excellence in Education Awards.

Clark was named HISD’s own Secondary Teacher of the Year in 2011. He has been an educator for almost a quarter of a century, with the last 15 of those years spent at Bellaire High School teaching Advanced Placement government and economics courses.

END_OF_DOCUMENT_TOKEN_TO_BE_REPLACED

Two HISD teachers got a big surprise this week, when they learned that they had been named finalists for H-E-B’s 2015 Excellence in Education Awards.