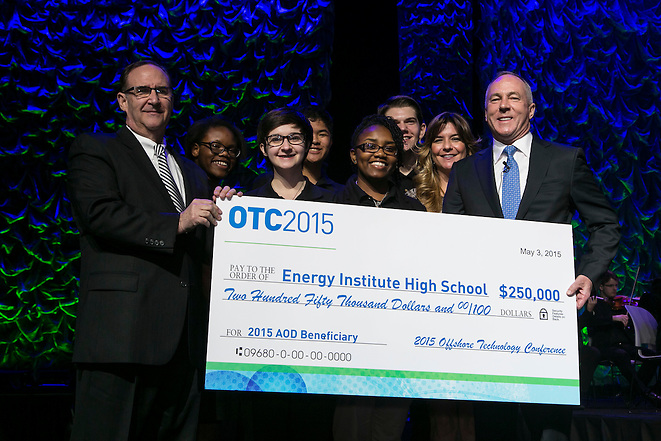 Each year, industry leaders gather together at the Offshore Technology Conference to recognize achievements, network with colleagues, and raise funds for a worthy cause. And each year, one organization is selected to receive the proceeds raised by the dinner held during the event.

The designated beneficiary of this year’s dinner is HISD’s own Energy Institute High School, which was created in 2013 in partnership with the Independent Petroleum Association of America (IPAA) and the Petroleum Equipment & Services Association (PESA). END_OF_DOCUMENT_TOKEN_TO_BE_REPLACED

What:  HISD, the Independent Petroleum Association of America (IPAA), and Houston energy executives will gather to officially open the district’s new Energy Institute High School. The school is the first of its kind in the nation and represents a collaborative effort between a public school district and industry leaders. The high school will provide students with a rigorous STEM (science, technology, engineering, and math) curriculum, hands-on learning, and externships in the fields of geoscience, alternative energy, and offshore technology.