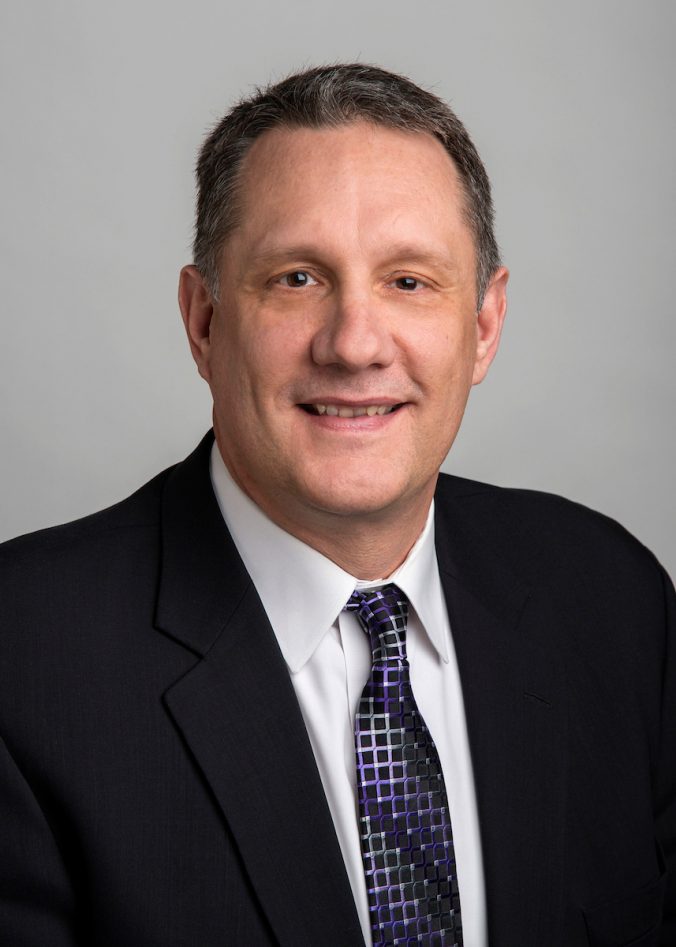 Houston Independent School District Chief Technology Information Officer Lenny Schad has been named as a finalist for the CIO of the Year Oribe Awards.

The award, presented by HoustonCIO, recognizes chief information officers who have demonstrated excellence in technology leadership. Finalists and winners are selected through an independent peer review process.

Schad is a finalist in the nonprofit/public sector category. Other CIO of the Year award categories include super global, global, enterprise, and corporate. Award winners will be announced at the Houston Marriott Marquis on Thursday, March 22.

“It’s a huge honor to be in the running for this award,” Schad said. “It’s an incredible testament to the work we are doing here at HISD to bring the best technological support and infrastructure to our students, schools, and staff.”

HoustonCIO’s mission is to build a strong professional community among Houston technology executives and to inspire CIOs to achieve their leadership potential.

HISD Chief Information Officer Lenny Schad was recognized by the Council of Great City Schools on June 3 with the Houghton Mifflin Harcourt award. The award was created to honor excellent CIO’s.

END_OF_DOCUMENT_TOKEN_TO_BE_REPLACED

Eleven high schools to participate in pilot stage of program

The Houston Independent School District will kick off its pilot stage of the PowerUp program, a districtwide initiative to transform how teachers teach and students learn through technology, by delivering laptops to teachers at 11 campuses across Houston.  A press conference will be held on Tuesday, August 13 at 10 a.m. at Austin High School, 1700 Humble.

END_OF_DOCUMENT_TOKEN_TO_BE_REPLACED

Lenny Schad, a 25-year veteran of the technology industry who has introduced the latest classroom hardware and software to schools throughout Katy, has been named Chief Information Technology Officer for the Houston Independent School District.

Schad will succeed Arnold Viramontes, who is retiring in January after a distinguished career in Texas public education.  Schad’s job duties in HISD will include overseeing the expenditure of $100 million in classroom technology funds at campuses across the district.  The technology money was included in the $1.89 billion bond proposition approved by 69 percent of HISD voters earlier this month.

“This is a critical time for the future of technology in Houston classrooms, and our students are fortunate to have a proven innovator such as Lenny Schad leading the way,” said HISD Superintendent Terry Grier.

Schad has served as Chief Information Officer in the 64,000-student Katy Independent School District for nine years.  Highlights of his career include managing and leading technology departments for the 1991 Economic Summit of Industrialized Nations, the 1992 Republican National Convention as well as creating and managing technology departments for joint ventures and global organizations.

“HISD is known as a school district that is making great progress toward closing the achievement gap by raising the level of performance for all students,” Schad said.  “I am excited to lead the effort to equip teachers and students with the tools and training they need to build on this progress.”

Through his leadership, Katy ISD is in year four of a mobile learning initiative focusing on Web 2.0 integration, digital citizenship and mobile devices.  For the past four years, fifth graders at 18 elementary schools have been using mobile learning devices in their classes with great success.  For the second year, public Wi-Fi will be available at every K-12 campus in Katy allowing students and teachers to bring their own device.  Schad’s first book, Mobile Learning: It’s Not About the Device, is due to be published next year.