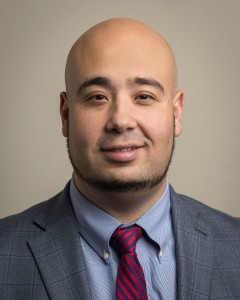 Cruz, a former fifth-grade teacher who was tapped to serve in the HISD administration after launching the district’s successful EMERGE program more than five years ago, will officially assume his new role on Jan. 25.

In his new position, he will be tasked with managing the College Readiness and Counseling and Guidance departments, as well as major initiatives designed to transform education in the district, such as the EMERGE and Futures Academy programs, and Linked Learning.

“The common denominator among these programs continues to be post-secondary success in all its shapes and forms,” Cruz said, stressing the importance of providing students with different options. “We want all of our kids to be global graduates who are ready for success after high school – whether they are heading to college or using an industry certification to begin their career in a high-wage, high-demand field. We must make sure our kids have options.”

An honors graduate from Yale University, Cruz joined HISD in 2008 as a fifth-grade teacher at Moreno Elementary School, where he was named Teacher of the Year twice during his five-year tenure. In 2010, while still working at the school, he launched EMERGE, a program that aims to identify low-income, high potential students and help them gain admission to and graduate from Tier One and Ivy League colleges and universities.

Cruz was named in spring 2013 as the Assistant Superintendent for College Readiness, overseeing both the EMERGE program and the district’s broader efforts to prepare students for post-secondary success. In fall 2015, he was promoted to Major Projects Officer, serving as second in command for Dr. Hare.

HISD’s College Readiness division has seen great success during Cruz’s tenure. The number of students taking Advanced Placement classes and the accompanying test has hit an all-time district record, as have the number of those students scoring high enough on that test to earn college credit. The number of students taking the SAT also has increased to an all-time high in HISD, and math, reading, and composite test scores have risen, despite a downward state trend. The district also recorded a $70 million increase in scholarship and financial offers and tripled the number of scholars named under the College Board’s National Hispanic Recognition Program.

Because of that success, the district received $8.5 million in grants from the Houston Endowment last April to expand EMERGE to all high schools and deploy 28 new college success advisors to campuses across the district. As a result, more students had applied to college by December of the current school year than had done so by May in the previous school year.

A Teach for America alumnus, Cruz previously was honored by the City of Houston with a Hispanic Heritage Award and proclamation declaring an official “Rick Cruz Day” as a reward for his work to advance educational opportunities for low-income students. He currently is working toward a graduate degree in the Cooperative Superintendency Program at the University of Texas.

Hare, who joined the district in March 2014, brought a wealth of experience as a former math and science teacher, high school principal, educational consultant, and superintendent for a number of North Carolina and Ohio school districts. During his tenure, Hare utilized his expertise as a curriculum specialist and strong background in federal title programs and vocational and technical education to improve the Futures Academy program. He used those same skills to help grow the EMERGE program, develop College Readiness, and reinvent Career and Technical Education efforts through Linked Learning.