A Houston Independent School District high school student hopes to have the opportunity to meet President Barack Obama this summer after being selected as a U.S. Presidential Scholar. 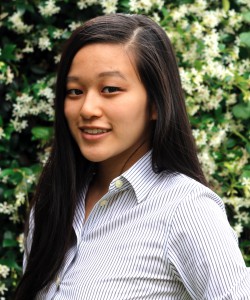 Liana Wang of Bellaire High School is among only 160 high school seniors from across the country to be recognized in the 52nd class of U.S. Presidential Scholars for her leadership, academic accomplishments, and service to the community.

“I am pretty excited to be a part of an amazing group of scholars, and I’ve heard that sometimes presidential scholars get to meet the president,” Wang said. “I would love to intern at the White House and work in the state department one day to help contribute to the culture of an administration and its policy decisions.”

The U.S. Presidential Scholars will be recognized and presented with a Presidential Scholar Medallion during a special ceremony held June 19 in Washington, D.C.Wang, who has a 4.96 GPA and is the salutatorian of her senior class, will be the first in her family to attend college. She will attend Yale University this fall with plans to study either global affairs or ethics policy and economics. She received a full scholarship to every college and university she applied and was accepted to, including Harvard, Princeton, Stanford, Duke, Williams, and the University of Texas.

Wang has been heavily involved in debate tournaments and several political campaigns as a member of Bellaire Young Democrats and an executive board member of High School Democrats of America. She is also a member of the EMERGE-HISD program, which connects high-performing students with the resources needed to apply, attend, and graduate from the nation’s top-tier colleges and universities.

“I am so proud of Liana Wang and the incredible opportunities coming her way,” said Bellaire High School Principal Michael McDonough. “Liana has always distinguished herself on campus, in the community, and now she is doing so on a national stage. She will be someone that I keep my eye on as she maintains her commitment to make our world a better place.”

The scholarship winners were chosen by a committee of college admissions officers and high school counselors who appraised the finalists’ academic records, scores from two standardized tests, contributions and leadership in school and community activities, submitted essays and recommendations from high school officials.  Additional recipients of other National Merit scholarships, including the college-sponsored scholarship awards, will be announced in June and July.