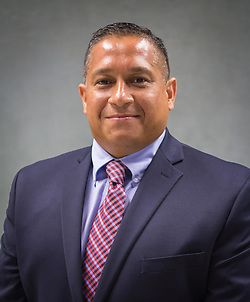 Richard Peña has been named the Principal of Felix Tijerina Elementary School. Peña has been in education for 18 years and has been serving as the assistant principal at Dunn Elementary in Aldine ISD since 2013. He began his career as a bilingual teacher in Houston ISD, where he taught for six years before becoming the instructional specialist at Allen Elementary. He served four years as the instructional specialist before moving to Spring ISD as a fifth-grade bilingual teacher.

He earned his master’s degree in Educational Administration from Lamar University in 2009 and soon after, was promoted to the role of assistant principal.