Conrad O. Johnson began teaching at Kashmere High School in 1941, just eight years after graduating from Yates High School. Known fondly as “Prof” among his students, the late world-renowned jazz saxophonist gave up a career as a professional musician to stay in the classroom and direct the legendary Kashmere Stage Band. He also established the Conrad O. Johnson School of Music and Fine Arts Foundation, a program for aspiring jazz musicians.

“A couple of bands came by and tried to get me to go [on the road], but I was teaching,” he said. “And I had a family – four children and a wife – and I didn’t feel like leaving them.” 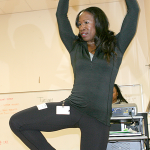 Another artist who gives back to HISD students is Lauren Anderson (Lamar High School, 1982). When she was promoted to principal dancer with the Houston Ballet in 1990, she became the first female African-American prima ballerina with a major ballet company in the world. And though she retired from the stage in 2006, Anderson still volunteers with HISD, teaching ballet to first- and second-graders in the “Chance to Dance” program (see related story).

Jazz pianist Jason Moran (High School for the Performing and Visual Arts, 1993) has six solo albums to his credit, as well as the score for the movie “Selma.” But when he won a McArthur “genius grant” in 2010, he used part of it to work with students at the schools he attended – MacGregor Elementary, Gregory-Lincoln Education Center, and HSPVA (see related story here). 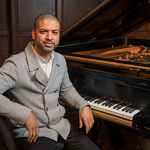 Moran encourages students to explore their talent in theater, photography, dance, or any artistic medium that appeals to them. “Being engaged with other art forms is so important,” he said recently. “I look for a way to work with other creative people.” 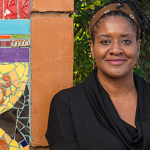 Marsha Dorsey Outlaw, who graduated from Lamar High School in 1981, is best known for her murals and mosaics, which can be seen in public spaces around Houston, including Piney Point Elementary’s SPARK Park.

“Art was a good escape vehicle for me, but it wasn’t until after high school that I knew I could make a living at it,” Outlaw said in this I Am HISD interview. She worked with students at Piney Point to design the park, and also teaches art with Young Audiences of Houston.

Other professional artists HISD counts among its distinguished alumni include: 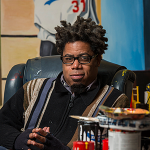