The Houston Independent School District Communications team was honored for its crisis communications to families, staff, and the community during Hurricane Harvey – the worst disaster in Houston history – with a Golden Achievement Award from the National School Public Relations Association (NSPRA).

HISD’s Communications team, under the direction of Chief Communications Officer Rebecca Suarez, worked day and night to keep families and the public informed before, during, and after Hurricane Harvey. In addition to local communications efforts, the team also facilitated the dissemination of information on a state and national level.

“Harvey did not stop us, but it made us stronger. Despite the difficulties from the hurricane, we found creative ways to communicate critical and timely information to our students, parents, employees, and the community during one of the worst disasters in local history,” Suarez said. “I’m very proud of my team for the hard work and commitment to putting students first in everything we do.”

The Golden Achievement Awards, the highest honor given by the organization, were for the following:

END_OF_DOCUMENT_TOKEN_TO_BE_REPLACED 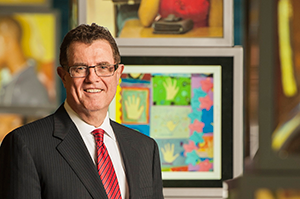 END_OF_DOCUMENT_TOKEN_TO_BE_REPLACED

The Houston Independent School District has been selected as the winner of the 2012 National School Public Relations Association ‘Gold Medallion’ Award for its exemplary communication plan to create awareness on the new state-mandated STAAR exams implemented during the 2011-2012 academic year.

This award recognizes the district for the multilingual, multimedia, communication plan it implemented to inform parents, students and the community about the new state-mandated STAAR exams and their implications on students.

In addition, HISD established partnerships with local media such as Univision to help reach out to the community through various live interviews, weekly educational segments and a live phone bank during prime time.

The entries submitted were evaluated on the ability to successfully execute the following: research, analysis and planning, communication and implementation, and evaluation.