Dr. Alexis Clark has been selected as the new principal of Crockett Elementary School. Clark started with HISD as a teacher at Brookline and Harvard Elementary Schools. She then served as the Assistant Principal of Harvard for almost five years. While at Harvard, she helped to close the student achievement gap through the authenticity of the PLC process and the implementation of depth and complexity elements for all students. Most recently, she served as an educational consultant with an organization specialized in early childhood brain development. Clark also has experience in dance and vocal performance.

END_OF_DOCUMENT_TOKEN_TO_BE_REPLACED 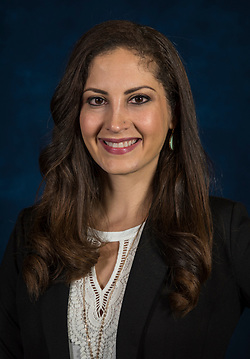 Priscilla Rivas has been selected as the new principal of Crockett Elementary School. Rivas began her career in HISD asa teacher at Herrera Elementary and has spent the past four years at Browning Elementary serving as assistant principal. Rivas also maintains an active performing arts career, serving as the current artistic director of Colombian Folkloric Ballet. She holds a bachelor’s degree in elementary education from University of Houston and a master’s degree in educational leadership from University of St. Thomas. Rivas is pursuing a Ph.D. in curriculum and instruction at University of Houston. 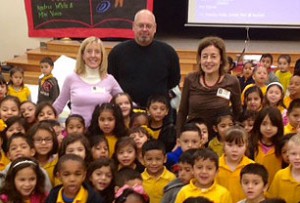 On that day, four different authors came to campus with copies of their books, which they read aloud from and talked about with students. Pre-K and kindergarten students heard from Mimi Vance and former Houston First Lady Andrea White, who co-authored “Tummies on the Run” and “Snuggles.” First-, second-, and third-grade students met Keith Graves, who wrote “Monsterator,” while fourth- and fifth-graders met René Saldaña, author of “The Mystery of The Mischievous Marker.”

The visits were coordinated by Assistant Principal Dina Rayo-Kirkconnell, who obtained a grant from the Texas Book Festival to underwrite it. The grant also allowed each student to take home a copy of the book he or she learned about, and paid for extra copies of each book to be purchased for the library. 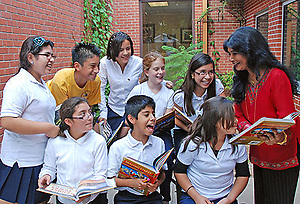 Crockett ES is not a magnet school for fine arts, but its program is top-notch due in part to art teachers like Geetha Thomas, pictured here with some of her students. Parents are encouraged to check out the offerings at their neighborhood schools first, before shopping for alternatives.

It’s fall in Houston, and that means many HISD parents are already thinking about which campuses to send their children to for the 2015–2016 school year.

But while the attraction of the district’s many magnet programs is undeniable, parents are encouraged to take a closer look at the “zoned” schools located in their neighborhoods, as sometimes a hidden gem can be right around the corner.
END_OF_DOCUMENT_TOKEN_TO_BE_REPLACED

The program, which is sponsored by the Sonima Foundation, will teach students skills for a healthier lifestyle. Through group discussion, character education, breathing exercises and yoga, students will learn to focus their attention, calm their minds, reduce stress and think before reacting.  Nutrition curriculum will be introduced later in the school year. END_OF_DOCUMENT_TOKEN_TO_BE_REPLACED