END_OF_DOCUMENT_TOKEN_TO_BE_REPLACED

Waltrip High School wrapped up Teacher Appreciation Week on Friday, May 6, with the presentation of a proclamation from Houston Mayor Sylvester Turner recognizing School Lunch Hero Day. It’s a day of celebration in honor of HISD’s dedicated Nutrition Services staff and the lasting impact their work has on the students they feed every day.

END_OF_DOCUMENT_TOKEN_TO_BE_REPLACED

The engineering application company SOLIDWORKS recognized Waltrip High School for having one of the highest number of CSWA certifications in the state.

Representatives from SOLIDWORKS, Lab Resources, and Houston ISD’s Career and Technical Education Department visited the campus and its engineering students on Wednesday.

END_OF_DOCUMENT_TOKEN_TO_BE_REPLACED 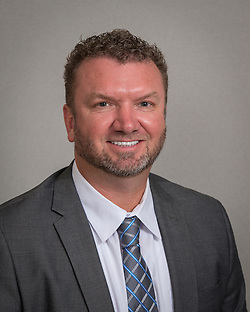 Michael Niggli has been selected as the new principal of Waltrip High School. He most recently served as associate principal for Sam Houston Math, Science and Technology Center. With 21 years in HISD, Niggli’s  experience includes English teacher, debate coach, and basketball coach at HISD’s Austin High School and Heights High School. Niggli earned his Bachelor of Arts from San Francisco State University and his Master of Educational Administration from Grand Canyon University.

Waltrip High School students, staff and alumni roared with excitement Friday as they gathered before their new three-story building addition and watched as administrators cut a large red ribbon stretched across the entrance.

As the Ram Band began to play, cheerleaders and dance team members led the crowd in singing the Waltrip fight song.

END_OF_DOCUMENT_TOKEN_TO_BE_REPLACED

Waltrip High School students and staff had an unusual start to the new school year — and not just because of the two-week delay caused by Hurricane Harvey. For the first time in almost 10 years, the school is not under construction.

“I’m thrilled that construction is complete, and we have a facility that is well suited to supporting instruction,” Principal Dale Mitchell said on Monday. “Educating students is much easier to do when classrooms are sized correctly and with new equipment.”

The first day of school initially was planned for Monday, Aug. 28, but that start date was delayed as a result of damages and flooding sustained from Hurricane Harvey. Most HISD schools — including Waltrip — opened on Sept. 11, but some were further delayed or even relocated to temporary campuses as crews worked to repair buildings that sustained the most significant damage during the storm. END_OF_DOCUMENT_TOKEN_TO_BE_REPLACED

The first day of school is always exciting, but the energy on Monday was palpable at six new HISD schools opening their doors to students for the first time.