The library went silent as a gaggle of Shadydale Elementary third-grade students readied to bite into what was, for most of them, their very first beet. In the quiet, more than forty pairs of little teeth tentatively picked into sliced beet sticks with audible crunches. Thanks to the Fresh Fruit and Vegetable Program (FFVP), Shadydale students are veritable pros at trying new things.

END_OF_DOCUMENT_TOKEN_TO_BE_REPLACED

The museum’s annual Marian and Speros Martel Early Childhood Educator Award is for pre-K through third-grade teachers who exemplify excellence in the classroom.

END_OF_DOCUMENT_TOKEN_TO_BE_REPLACED

Teri Hampton has been named the new principal for Shadydale Elementary School. Hampton began her educational career as a Special Education teacher at Ball High School in Galveston ISD and has taught at the elementary level in Cy Fair ISD and in HISD at Stevenson Middle School.  She has served as Assistant Principal at Sam Houston and is currently the Dean of Instruction at Worthing High School.  Hampton received her undergraduate degree from Prairie View A&M University and her master’s in educational leadership from Texas Southern University. 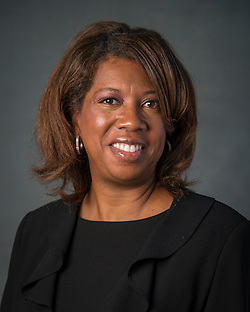 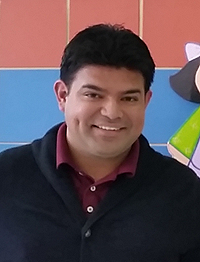 END_OF_DOCUMENT_TOKEN_TO_BE_REPLACED

HISD recognizes the need to instill in students the skills they will need to be successful after high school, in college, or the workplace, and to compete in today’s global economy. In this month’s edition of Up Close, HISD Board of Education President Rhonda Skillern-Jones discusses the skills and characteristics of the Global Graduate with HISD Secondary Curriculum and Development Officer Annie Wolfe, Davis High School Principal Julissa Alcantar-Martinez, Chief Elementary Curriculum and Development Officer Lance Menster, and Shadydale Elementary School Principal Tammie Daily.

“HISD engaged industry leaders, educators, university professors, community leaders, parents, and students to determine what knowledge, skills, and dispositions are critically important to have in place when a child graduates from HISD,” explained Menster. “Interestingly, they all focused on the six characteristics that form HISD’s Global Graduate profile.” END_OF_DOCUMENT_TOKEN_TO_BE_REPLACED

Teachers interested in making a difference in a child’s life can attend a job fair on Friday, June 5, for HISD schools in the North Forest area.

There are openings at all levels, and a $5,000 sign-on or transfer bonus is being offered to help recruit highly effective teachers to North Forest schools. You must be a pool-approved candidate to attend or a current HISD teacher to attend. Use the link below to apply now.

END_OF_DOCUMENT_TOKEN_TO_BE_REPLACED

Students whose families move during the middle of the school year are being allowed to stay at their “home school,” or the one they enrolled in at the beginning of the academic year, thanks to a innovative HISD program called Home Field Advantage.  Since May 2014, schools involved in the program have seen their overall mobility rate drop by an average of 10 percentage points.

During his State of the Schools address last February, HISD Superintendent Terry Grier promised to create a program to build educational stability among highly mobile students. Subsequently, students at 13 elementary schools, where roughly 30 percent of families move in any given year, were offered transportation to their “home” school, even if their parents moved. END_OF_DOCUMENT_TOKEN_TO_BE_REPLACED

As one federal literacy grant to HISD is ending, the U.S. Department of Education has approved a new, expanded $749,982 grant that will fund “Project REALITY” family library activities at 10 HISD elementary schools and extend to others during the summer. The acronym stands for Reading Elevates All Learners Through Integrated Technology for Youth.

“It shows that the Department of Education has faith in what we’re doing,” said Liz Philippi, manager of HISD Library Services. END_OF_DOCUMENT_TOKEN_TO_BE_REPLACED