Hundreds of Kolter Elementary School families gathered Saturday at the site where their old school once stood, eager to get a peek at concrete and steel rising up from the ground before them.

Many were clad in red and blue shirts adorned with a proud and determined message: “Hurricanes are strong. Kolter is stronger.” Others held white paper fans emblazoned with, “Consider me a big fan of the new Kolter Elementary.”

All were there to celebrate the construction progress on the foreign language magnet school, set to re-open next summer after being destroyed two years prior by Hurricane Harvey.

END_OF_DOCUMENT_TOKEN_TO_BE_REPLACED

Crews will now begin the installation of both the first- and second-floor slabs. Exterior wall framing will begin next month.

“Watching the beams and framing come to life has made all the difference,” Kolter Principal Julie Dickinson said. “It’s so exciting to see a second floor and to begin to visualize learning spaces and common areas. I can’t believe we’re less than a year away from moving into our new school home.”

END_OF_DOCUMENT_TOKEN_TO_BE_REPLACED

When Hurricane Harvey ravaged Houston last August, it left a devastating mark on nearly everything it touched — including schools.

Nearly every campus in HISD received some damage, but there were four elementary schools — Scarborough, Mitchell, Kolter, and Braeburn — that received damage so significant that they had to be rebuilt.

That process is now underway. Design plans have been approved, and construction on the new schools is soon to begin. The students and staff from each of the four schools will remain in temporary spaces until their home schools are rebuilt and opened, which is expected in January 2020.

END_OF_DOCUMENT_TOKEN_TO_BE_REPLACED

The demolition of flood-ravaged Kolter Elementary School is underway, with site work and building construction expected to start soon after.

Construction is expected to continue through 2019, with the new school opening in early 2020. Students and staff will remain at their current temporary location — the former Gordon Elementary School campus on Avenue B in Bellaire — for the duration of the construction process.

The foreign language magnet is one of four elementary schools — Braeburn, Mitchell, Scarborough, and Kolter — being rebuilt as a result of damages sustained last year during Hurricane Harvey.

END_OF_DOCUMENT_TOKEN_TO_BE_REPLACED

Sugary donuts and hot coffee lined blue tables at the front entrance of Kolter Elementary School as students, faculty, and parents covered their hands with bright-colored paint and marked the building’s exterior with vibrant handprints.

The festivities were part of a “Donuts before Demo” event designed to allow hundreds of community members the chance to say goodbye to their beloved building, which is being demolished and rebuilt due to damages sustained from Hurricane Harvey.

END_OF_DOCUMENT_TOKEN_TO_BE_REPLACED

The HISD Business Assistance Supplier Diversity team is holding an outreach session on Friday for minority- and women-owned business enterprises (M/WBE) interested in working as subcontractors on the projects to rebuild four schools damaged by Hurricane Harvey.

Last week, the HISD Board of Education selected Satterfield & Pontikes Construction as the Construction Manager at Risk (CMAR) tasked with overseeing the demolition and construction of the four elementary schools – Kolter, Mitchell, Braeburn, and Scarborough. END_OF_DOCUMENT_TOKEN_TO_BE_REPLACED 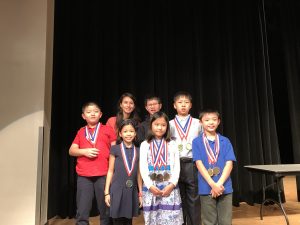