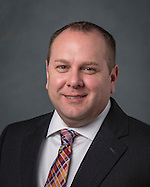 Dr. Steven Shetzer has been selected as the new principal of Pershing Middle School. Dr. Shetzer is currently serving as the principal of Kolter Elementary. Prior to this, he served as the AP/magnet coordinator at Roberts Elementary School. Dr. Shetzer began his educational career in HISD 12 years ago as a social studies teacher at Westbury High School, teaching everything from world geography to AP U.S. government. Dr. Shetzer holds a bachelor’s degree in political science from California Baptist University. He earned his master’s degree in secondary education and doctorate in teaching from the University of Houston.

The winners of HISD’s annual 2015 Holiday Greeting Card competition were announced on Nov. 3, and one was a repeat from last year.

Gloria Xie, who won in the middle school category in 2014, also claimed that honor this year as a seventh-grader at Pershing Middle School. “I would just like to say thank you to my principal, Ms. (Kim) Heckman, and my teacher, Ms. Perugini, and my parents,” she said.

Each year, the district sends out hundreds of holiday greeting cards to principals, board members, legislators, local leaders, parents groups, and community partners. Since 2003, these cards have featured the artwork of HISD students.

The other students whose artwork was selected for 2015 were: END_OF_DOCUMENT_TOKEN_TO_BE_REPLACED

Designs are also available for purchase by the general public through Friday, Dec. 5

Each winter, HISD sends out holiday greeting cards to hundreds of people and organizations, including school principals, board members, legislators, local leaders, parent groups, and community partners. Since 2003, these cards have featured the artwork of district students, and this year, three designs were chosen to showcase their creative talents.

END_OF_DOCUMENT_TOKEN_TO_BE_REPLACED

Here are the individual results: END_OF_DOCUMENT_TOKEN_TO_BE_REPLACED

“It’s good to see that our students have so many opportunities at HISD,” said Rubin and Laura Precella, who attended the program with their daughter and nephew, both eighth-graders at The Rice School. “We just want to learn more about the different programs so that we can choose one that will help our children make their mark on the world.” END_OF_DOCUMENT_TOKEN_TO_BE_REPLACED 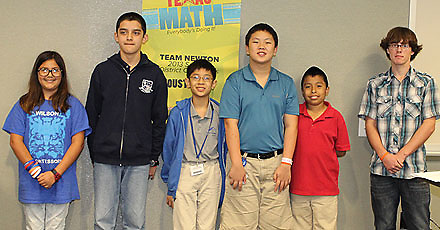 Six of the top ten students in the Think Through Math summer competition came to a reception held in their honor on Nov. 5. From L–R are: Saide Christoffel, Jésus Mendez, Patrick Han, Alexander Chin, Aldo Ortega, and Drayton Gober.

Ten students’ passion for solving math problems over their summer vacation has helped bring HISD first-place honors and bragging rights as the top district in its division of Think Through Math’s (TTM) “2013 Texas Math—Everybody’s Doing It!” competition.

The contest lasted from June 10 until Aug. 9, and districts from all over the state participated by having students complete math lessons to earn points.

END_OF_DOCUMENT_TOKEN_TO_BE_REPLACED 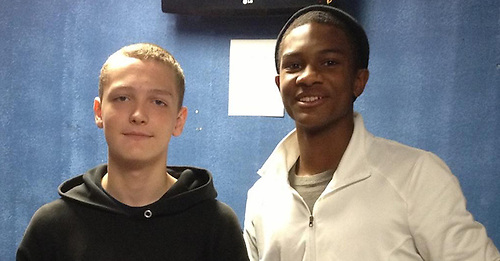 END_OF_DOCUMENT_TOKEN_TO_BE_REPLACED

Eight schools are participating in this weekend’s parade

Students at the Billy Reagan K-8 Education Center are putting the finishing touches on an after school art project that will soon be seen by thousands of Houstonians. Art teacher Carolyn James-Taylor and a group of middle school students have created an entry for this year’s Art Car parade which will be cruising down Houston’s streets on Saturday, May 11, 2013, starting at 3 p.m. END_OF_DOCUMENT_TOKEN_TO_BE_REPLACED