While many students aspire to be a famous YouTuber one day, Challenge Early College High School senior Maanav Gupta is already living the dream.

Gupta’s “Maanav’s Sports Talk” YouTube program doesn’t look like it would be out of place on any primetime sports TV program. Gupta’s program has the feel of a professional show. Recently he interviewed ESPN alum Rich Eisen, and then he was able to score an in-person interview with Astros all-star Jose Altuve.

END_OF_DOCUMENT_TOKEN_TO_BE_REPLACED

Editor’s Note: This is the first in a two-part series on how six HISD students are adjusting to the shift to virtual instruction throughout the district amid COVID-19 precautions. Read Part 2 here.

Earlier this week, the district launched HISD @ H.O.M.E. (Home-based Online Mobile Education), a distance learning plan, and students at all levels of education are transitioning from physical to virtual classrooms.

We checked in with three students to see how their first week of distance learning went, the steps they’ve taken to succeed and the things they miss the most about school.

While making the shift to online learning, Class of 2020 copes with interrupted senior year

END_OF_DOCUMENT_TOKEN_TO_BE_REPLACED

Three Houston Independent School District schools received a 2018 National Blue Ribbon Schools award on Monday from the U.S Department of Education. The HISD schools are among 349 schools in the nation and 24 schools in Texas to be recognized.

Challenge Early College High School’s mission is to graduate confident, lifelong learners who are prepared to succeed in higher education and be productive citizens worldwide. The school allows students to stay a year beyond graduation in order to take college credit courses and receive individual academic assistance to succeed in those courses.    END_OF_DOCUMENT_TOKEN_TO_BE_REPLACED

District is home to No. 1 schools at every level in statewide rankings

Houston Independent School District campuses occupy half of the top 10 slots on the 2016 Children at Risk public school rankings of the region’s best public schools.

Additionally, HISD schools took the statewide No. 1 ranking in every category, with River Oaks No. 1 among elementary schools, T.H. Rogers No. 1 in the middle school category, and DeBakey High School for Health Professions No. 1 at the high school level.

The rankings were publicly released Monday at a ceremony conducted at HISD’s Pilgrim Academy, which received special distinction as a Gold Ribbon school, recognizing the region’s highest-performing, high-poverty campuses. END_OF_DOCUMENT_TOKEN_TO_BE_REPLACED 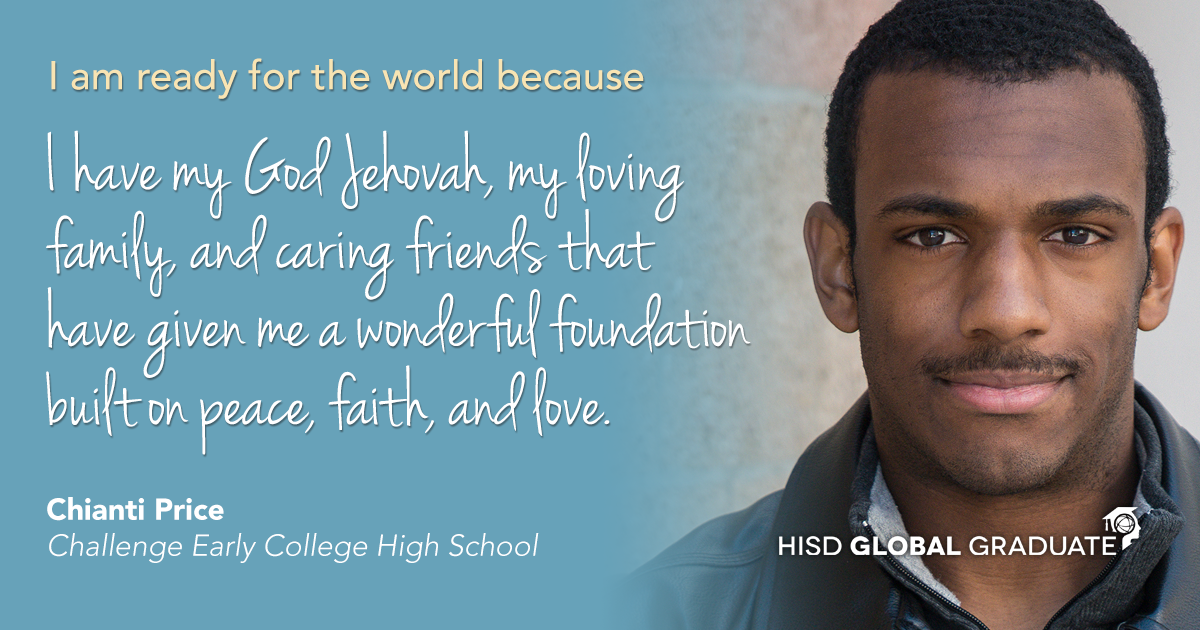 Editor’s Note: Thousands of seniors have received their diplomas during graduation ceremonies across the district. Many of our students have overcome challenging circumstances during their educational journeys. We are sharing a few of their stories.

“I want to be an RN,” the valedictorian at Challenge Early College High School says. “From a young age, I’ve always wanted to learn about the human body.”

When he’s not helping patients, he will be preaching his faith. He hopes the irregular work hours of a nurse will allow him to carve out time for regular pioneer service as a Jehovah’s Witness.

END_OF_DOCUMENT_TOKEN_TO_BE_REPLACED

Carnegie Vanguard High School has been ranked as the 10th best high school in the country, according to the U.S. News & World Report’s 2016 Best High Schools rankings.

Three additional Houston Independent School District schools were ranked in the top 100 — DeBakey High School for Health Professions, which was ranked 29th, Eastwood Academy, which came in at the 50th spot, and Challenge Early College High School, which was ranked 78th. END_OF_DOCUMENT_TOKEN_TO_BE_REPLACED

Six more Houston Independent School District students were selected this week to win National Merit scholarships financed by U.S. colleges and universities, bringing the total number of HISD winners up to 23 this year. 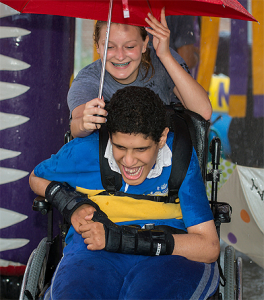 Over the past several weeks, middle and high school students from HISD campuses across the district have been volunteering at Camp M.I. Way, a special program designed to give students with multiple impairments a chance to practice and expand their social skills in an atmosphere of fun.

As part of the camp, run by Homerun Hitters International, student counselors guide campers in various activities that are designed to engage the five senses. Emerson Greer, a rising junior at Challenge Early College High School, has served as a camp counselor for two years and describes the experience below:

END_OF_DOCUMENT_TOKEN_TO_BE_REPLACED

Seven Houston Independent School District students from four schools are among more than 2,200 high school seniors from across the country to be selected this week to win National Merit Scholarships financed by U.S. colleges and universities.