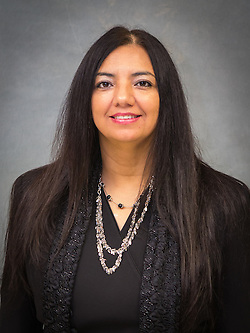 Victoria Orozco-Martinez has been selected as principal of De Zavala Elementary School.  She has served with distinction in multiple capacities with Team HISD for more than 20 years. Ms. Orozco-Martinez began her career in education in 1994 as a bilingual teacher at Brookline Elementary, where she was subsequently promoted to manage the school’s Title 1 program.  She served next as a bilingual teacher and curriculum coordinator at Golfcrest Elementary, as well as campus literacy coach at Brookline.

In 2008, Ms. Orozco-Martinez made the transition to the district level as a curriculum and content specialist, working extensively in the development of curricula and assessments for five years and supporting campus implementation across HISD.  In 2013, she returned to campus leadership as assistant principal of De Zavala.  During this time, the school was twice identified as a high-performing and high-progress school by the Texas Education Agency. Ms. Orozco-Martinez is a graduate of HISD.  She holds a bachelor’s degree in education and a master’s degree in educational management from the University of Houston at Clear Lake. She has two daughters.

END_OF_DOCUMENT_TOKEN_TO_BE_REPLACED

Figuring out how to do something for the first time can be tricky, but having an expert on hand to show you the ropes can make it a lot easier. That’s why HISD has asked the principals of eight elementary schools with effective Guided Reading programs in place to offer tours to other campus leaders.

Guided Reading is a critical piece of the district’s Literacy By 3 initiative, which aims to have all elementary students reading at or above grade level by the end of grade 3. A big part of its successful implementation will depend upon the creation of both individual classroom libraries and a central storage area for Guided Reading materials that all teachers can use as a resource. END_OF_DOCUMENT_TOKEN_TO_BE_REPLACED

END_OF_DOCUMENT_TOKEN_TO_BE_REPLACED

Students at De Zavala Elementary School have a new place to play thanks to volunteers from Rebuilding Together, Carter’s Kids and Lowe’s.