HISD is home to some of Houston’s most pandemic resilient schools according to Children at Risk’s annual list of best public schools.

END_OF_DOCUMENT_TOKEN_TO_BE_REPLACED

Recycling isn’t something an afterschool robotics club would typically dedicate its time to, but the RoboTigers at Park Place Elementary are no ordinary club.

The RoboTigers won first place in the All-Earth EcoBot Challenge last year after launching an ambitious, school-wide recycling program and contest that resulted in 23,000 pounds of recycled material.

The impressive accomplishment was initially overshadowed by the pandemic. But nearly a year after being declared winners, Park Place finally had its time to shine last week as the RoboTigers received a plaque honoring their contributions to sustainability.

END_OF_DOCUMENT_TOKEN_TO_BE_REPLACED

Nimmi Thomas has been selected as the new principal of Park Place Elementary School. Thomas started her career 20 years ago as a paraprofessional in HISD. She then became a Special Education and ESL teacher at Lamar High School. She has held the position of assistant principal at Lanier Middle School and most recently at Baylor College of Medicine-Biotech Academy at Rusk. Thomas was selected as the Middle School Assistant Principal of the Year for the East Area for 2020. She earned her master’s in Social Work from Bombay University, India, and her MBA-E from The Cameron School of Business at University of St Thomas. 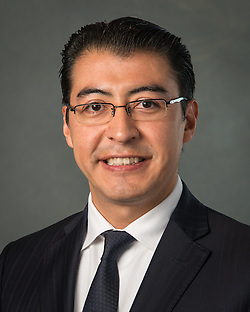 Gerardo Leal has been selected as the new principal of Park Place Elementary School. Leal began his career in education in 2002 as a third-grade teacher at HISD’s Robinson Elementary School. Prior to that, he served as a family literacy grant program coordinator at Park Place. He continued to develop his instructional leadership skills as an assistant principal at Deady Middle School before becoming the principal at Neff Early Learning Center, where he has served for the past six years. Leal earned his Bachelor of Arts from the University of St. Thomas, his Master of School Administration from Lamar University and completed his doctoral degree in Professional Leadership from the University of Houston.

END_OF_DOCUMENT_TOKEN_TO_BE_REPLACED

Nirmol Lim has been appointed as principal of Park Place Elementary. Most recently, Ms. Lim was serving as dean of instruction at Hartman Middle School, and has been a part of the Hartman team for the last three years. Prior to this, she served as a math teacher development specialist, collaborating with K-5 teachers throughout the district to strengthen their math practices. Ms. Lim began her teaching career in 2003 at Seguin Elementary as a fifth-grade teacher and was identified as an ASPIRE Highly Effective Teacher for two consecutive years.

END_OF_DOCUMENT_TOKEN_TO_BE_REPLACED

A kindergarten class is studying about butterflies and can share the dramatic migratory adventure of the Monarch butterfly through the eyes of children in a classroom in Mexico. That is what Sylvia Huerta, a kindergarten teacher at Memorial Elementary School, is hoping to do through the technology introduced at her school by Microsoft.

Microsoft’s Bing in the Classroom initiative offers the transformative power of technology to schools with ad-free search, Surface laptop-tablets for classrooms, and digital literacy lessons. Through hands-on training at the school, Memorial ES teachers learn how to navigate the technology. END_OF_DOCUMENT_TOKEN_TO_BE_REPLACED

Park Place Elementary School has proven to be successful in classroom efforts —despite having a high percentage of economically disadvantaged students and a high mobility rate — and that success has led to it being chosen for a best practices case study project being conducted by the Texas Education Agency. END_OF_DOCUMENT_TOKEN_TO_BE_REPLACED