Elisa Reyes has been selected as the new principal for Mistral Early Childhood Center.  She has been with HISD for 23 years.  She started as a First-Grade Bilingual Teacher at Barrick Elementary and then she transferred to Sutton Elementary, where she has been for the last 21 years.  At Sutton, she has served in different capacities: Pre-Kindergarten, Kindergarten, and First-Grade Bilingual Teacher, Technology Applications Teacher, Instructional Specialist, and currently Dean of Instruction.

END_OF_DOCUMENT_TOKEN_TO_BE_REPLACED

Children who have fled their native countries due to war, drug-related violence, or other conflicts often need special types of support once they arrive in the United States.

END_OF_DOCUMENT_TOKEN_TO_BE_REPLACED 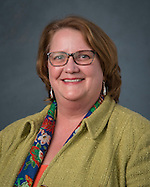 Kristina Davis-Troutman has been named the new principal of Mistral Early Childhood Center. In her 29 years of experience in education, she has served as a teacher, Title VII/multilingual director, assistant principal, and principal in both public and charter districts.

Davis-Troutman began her career with HISD as a bilingual teacher at Cunningham Elementary School. She later moved to Benavidez Elementary, where she wrote, facilitated, and implemented a Title VII grant for the district’s first bilingual gifted and talented program. Davis-Troutman began her administrative career at Pilgrim and Fonville middle schools as an assistant principal. She was then recruited to Southwest Charter Schools as director of multilingual programs. For the last four years, Davis-Troutman has been principal at Young Learners School, an HISD charter network of early childhood centers.

Students at HISD’s Mistral Early Childhood Center participated in the second annual Green Apple Day of Service on Sept. 28 by planting 10 trees on campus, weeding the vegetable and butterfly gardens, and placing several logs and stumps throughout the area to provide seating for an outdoor classroom.